Leadership News: Warmly Welcome Wu Qing, the Standing Committee of Shanghai Municipal Party Committee and Deputy Mayor, and Other Leaders, to Visit Ascleway and Give Guidance

On February 6, Wu Qing, Standing Committee of Shanghai Municipal Party Committee and deputy mayor, Chen Mingbo, deputy secretary-general of Shanghai Municipal Government, Wu Jincheng, director of the Municipal Economic and Information Commission, Zhang Xi, secretary of the Jiading District Party Committee, and Shen Huadi, deputy mayor of Jiading District, came to visit and give guidance. Lin Hsinyung, founder of Asclepius Meditec and chairman, showed around and made a work report, introducing the 9-year progress of research and development of the hydrogen oxygen nebulizer and industrial plan.

Ascleway was included in the list of key enterprises for epidemic prevention and control by the municipal government. The visit by Wu Qing and other leaders aimed to understand the latest and most advanced scientific achievements in hydrogen molecular medicine in China as well as Ascleway’s preparation for the production. Ascleway hydrogen oxygen nebulizer has been approved for use in medical institutions to ameliorate the symptoms including dyspnea, cough, and sputum in adult inpatients with AECOPD, and is the Class III respiratory device approved to enter the hospital for adjuvant treatment. At present, academician Zhong Nanshan is leading clinical trials of patients with new coronavirus pneumonia in 20 hospitals designated for the epidemic. Wu Qing was very interested and focused on the working principle of the product and the mechanism of the hydrogen molecule. He also focused on the situation of the R&D center and the medical research team. He pointed out that Ascleway must consistently attach importance to R&D and the government would spare no efforts to support R&D to contribute to curb the epidemic, and contribute to “green treatment”.

Lin Hsinyung expressed to Wu Qing the difficulty that some suppliers affected by the epidemic could not resume work in time, and Wu Qing immediately indicated that the Municipal Economic and Information Commission would take the lead to tackle it. On February 8, Ascleway received the official document from the Shanghai Economic and Information Commission. The document stated that Ascleway is a key enterprise in Shanghai for the production of epidemic prevention and control products, and the products help ameliorate the condition of patients with new coronaviruses, so the Shanghai Economic and Information Commission sent special letters to the governments of many core suppliers to coordinate and support Ascleway suppliers to resume work as soon as possible and emergently produce the hydrogen oxygen nebulizers as soon as possible to fight against the epidemic.

Constant dropping wears away the stone. Many years ago, Ascleway ever applied to the government to designate it as a hydrogen molecular medicine research base for graduate students and doctoral students in major medical schools (credit-based high schools).

No matter how cold the wind was, Asclewayers felt the care and warmth of the leadership, and also the government's recognition of what Ascleway had done for nine years. Under the leadership of the party and the government, we are united in our will, fighting against the epidemic, and the dawn of victory is coming. 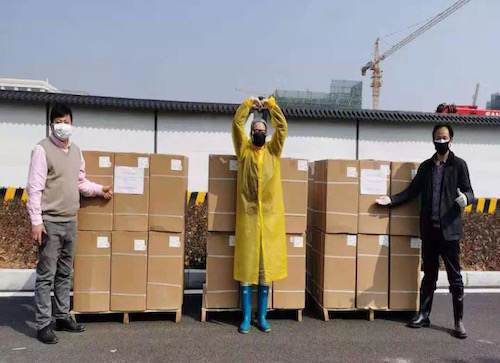 Emergency Support: the First Batch of Hydrogen Oxygen Nebulizers Arrives in Wuhan to Fight Against the Coronavirus Epidemic 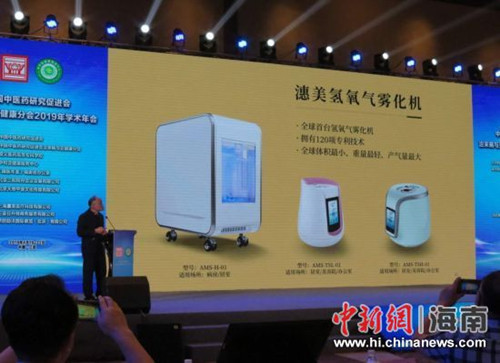 Molecular hydrogen is the smallest molecule known in nature, and it was regarded by the scientific community as the inert gas without biological effects. In 2007, Nature Medicine published a paper confirming that hydrogen inhalation can protect cerebral ischemia-reperfusion injury. As of now, nearly 1200 relevant papers have been published internationally confirming the biological effects of hydrogen, and involving 63 kinds of important human diseases.